The ostrich is a member of a group of birds known as Ratites. They are flightless birds without a keel to their breastbone. They are very fast runners and can maintain an average speed of 50 km/h. Of the 8,600 bird species which exist today, the ostrich is the largest. They weigh 100-135 kg and can cause serious injury and death with a kick from its powerful legs. The ostrich has a long, curving, predominantly white neck and very large eyes (50 mm). The beak is flat and broad with a rounded tip. They have long, bare legs and stand tall at an average height of about 2.1 m. The humped body of the male is covered in black patches and the wings and tail are tipped with white. The female is brown and white.
Info source: http://southafrica.co.za/ostrich.html
=========
The photo was taken during September 2018 at Rietvlei Nature Reserve, Pretoria, Gauteng, South Africa. 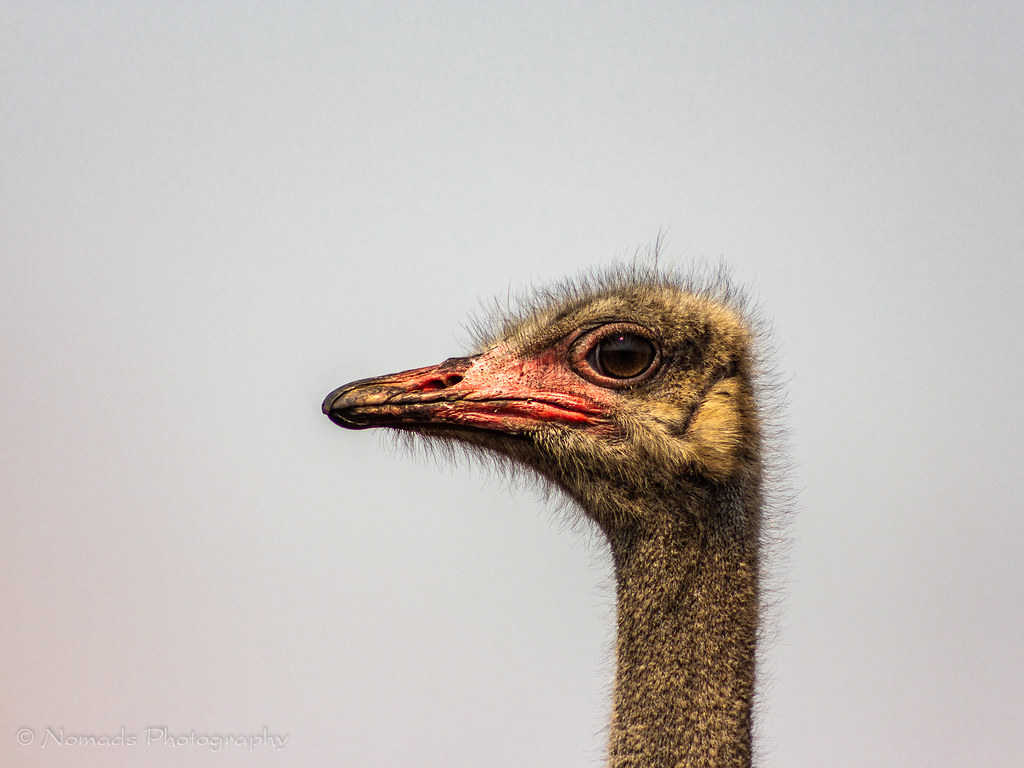