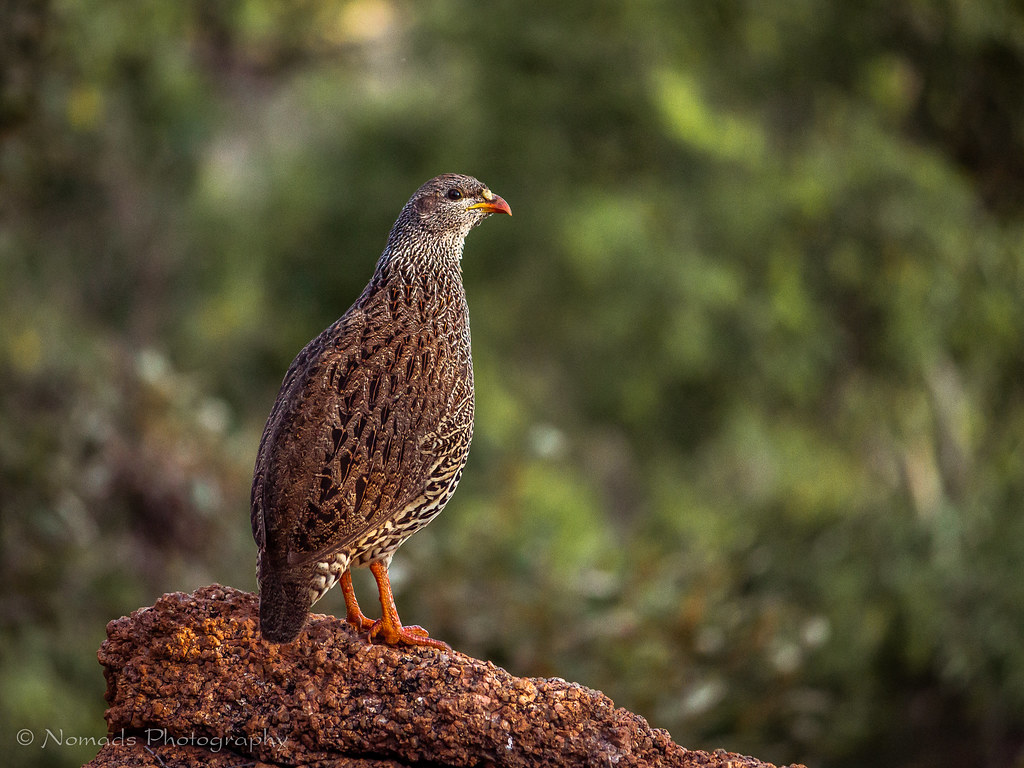 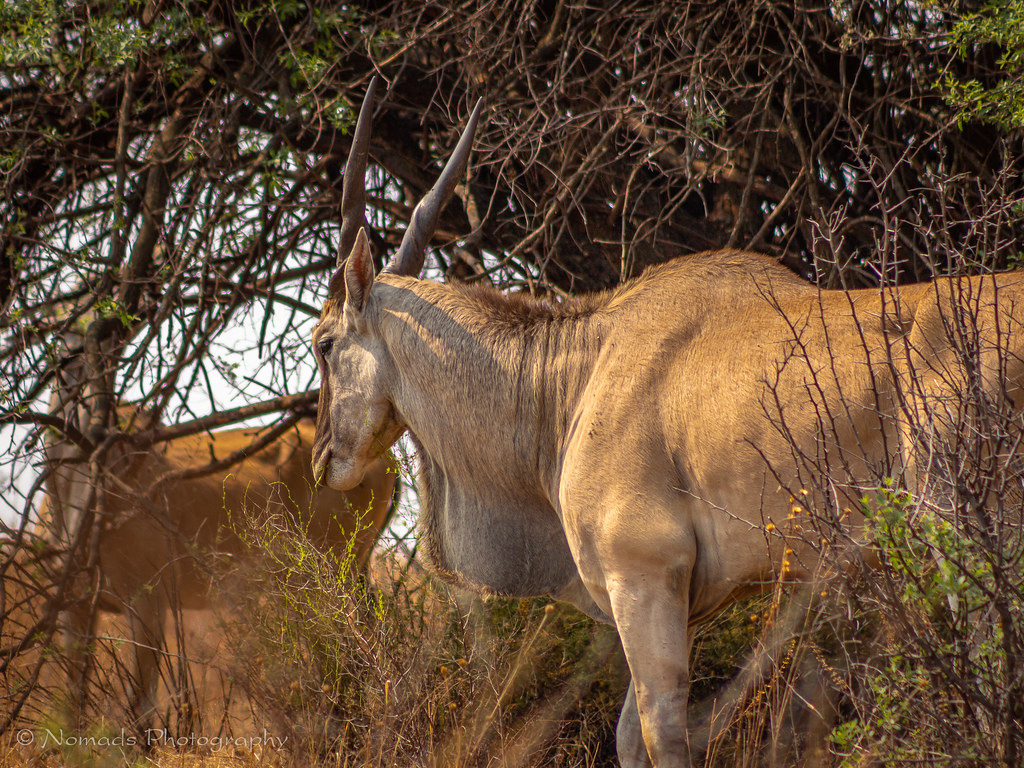 The Eland is the world’s largest antelope. Males have twisted horns which are thick and tightly spiralled, growing up to 25″ in females and to 50″ in males. Eland belong to the same group as kudus, nyala and bushbuck. According to the AWF, their rich milk, tasty meat, and useful hides have made elands popular ranch animals and hunting targets.
Info source URL: https://www.sa-venues.com/wildlife/wildlife_eland.htm
=========
The photo was taken 2018-09 at Rietvlei Nature Reserve, Pretoria, South Africa. 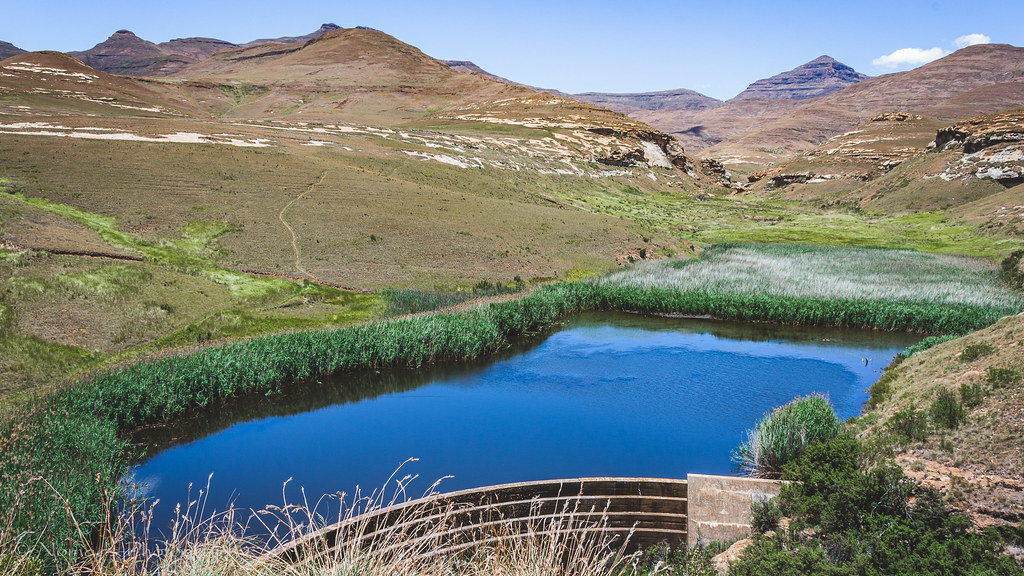 Longtoon Dam, situated in the Golden Gate National Park. Roughly 300 kilometres south-east of Bloemfontein and 257 kilometres south of Wepener on Route 701, the Golden Gate National Park, through which the Caledon River flows, is also home to the Welbedacht Dam situated in the southern parts of the reserve. The park derives its name from the brilliant shades of gold cast by the sun on the park’s sandstone cliffs, especially the imposing Brandwag rock, keeping vigil over the main rest camp.
Info source URL: https://www.sa-venues.com/game-reserves/golden-gate.php
=========
The photo was taken 2015-12 at Clarens, Free State, South Africa.