The beauty of the Egyptian goose is sometimes taken for granted, thanks to its proliferation all over South Africa, and stretching right up to the north of the African continent. It is endemic to the Nile Valley and the entire area south of the Sahara Desert. The Egyptian Goose is related to the shelduck and is a cross between a duck and a goose. The Egyptian goose has vivid markings that are striking and impressive. In fact, they were considered to be holy by the Egyptians, who often included them in works of art due to their undeniable beauty. This bird is pale brown and grey, with rich brown or chestnut markings around the eyes, around the neck (resembling a collar), on a portion of the wings, and under the otherwise black tail. In stark contrast, there are crisp white markings on the wings, complemented by an intense emerald on the secondary feathers of the males. There is also a well-defined brown patch right in the centre of the chest. The female of the species is slightly smaller than her male counterparts. Apart from this, there are few to no clear differences between the sexes. 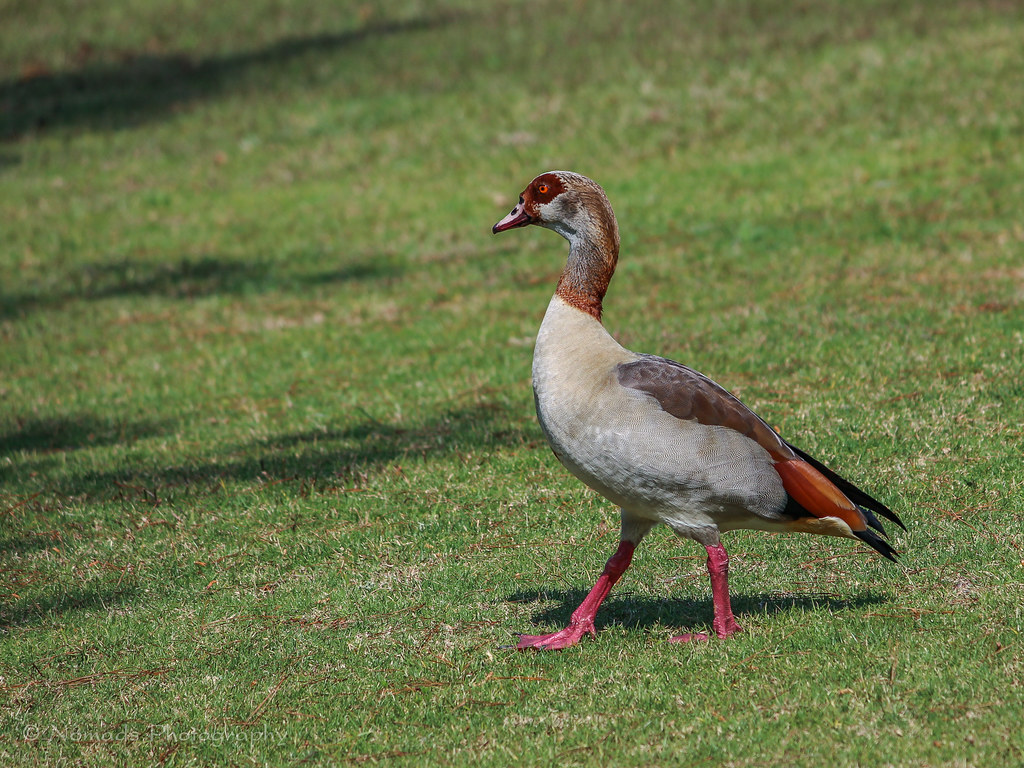