The Kurrichane thrush is 21 to 23 cm (8.3–9.1 in) long and weighs around 46–82 g (1.6–2.9 oz). The head, upperparts and breast are grey, and the belly is whitish with orange flanks. The throat is white with black streaks on the side. The bill is orange, tending to a paler yellow at the base. The legs tend to vary in colour. Both sexes are alike.
Info source URL: https://en.wikipedia.org/wiki/Kurrichane_thrush
=========
The photo was taken during July 2017 in Rietvlei Nature Reserve, Pretoria, Gauteng, South Africa. 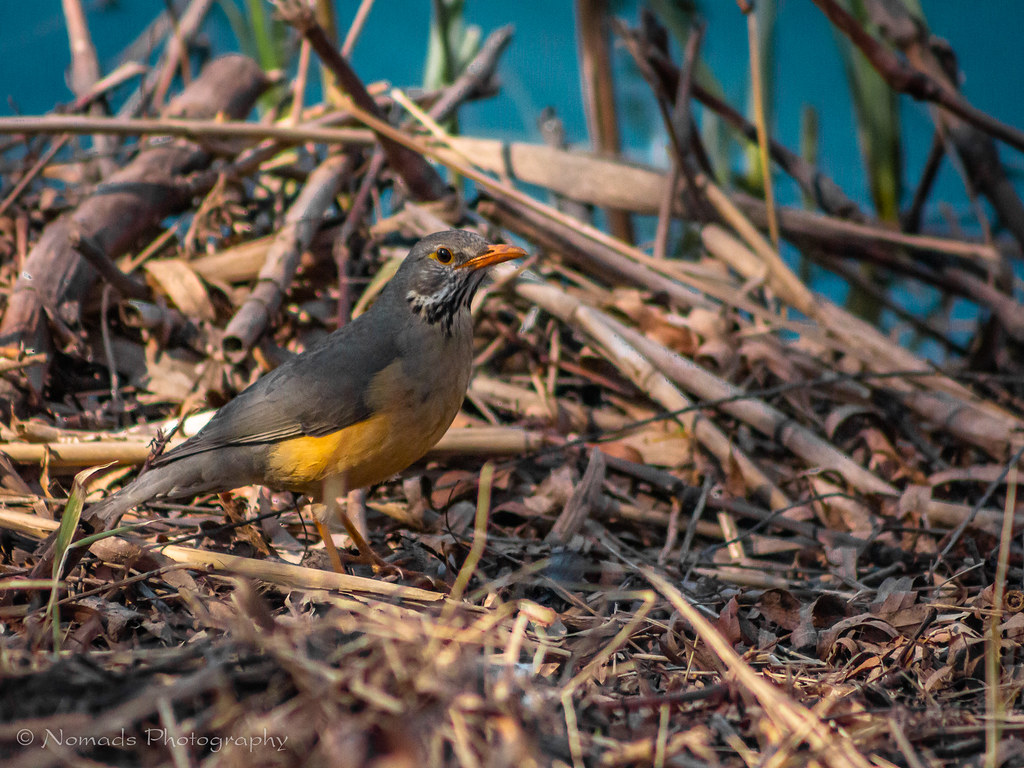 The Cape gull is largely sedentary, and large colonies tend to stick to a favoured beach or coastal area. They frequently converge at popular feeding sites and have been known to attack prey en masse. This black and white gull is a common visitor to the beaches of the country. The back and the tops of its wings are black; while the belly, head and tail are white. There are also white tips on the wings, called mirrors. The legs are a green-tinged yellow, which goes a brighter hue of yellow during the breeding season; and the bill is yellow with a vivid red spot on the underside. Juveniles have a mottled-grey plumage, duller colouring on their legs, and a black bill. They take about three years to mature. The Cape gull has a shorter bill and a more angular head and is differentiated by its pristine white tail and its dark-coloured eye.
Info source: https://www.sa-venues.com/wildlife/birds_cape_gull.php
=========
The photo was taken during October 2016 at Beacon Isle Hotel, Plettenberg Bay, Western Cape, South Africa. 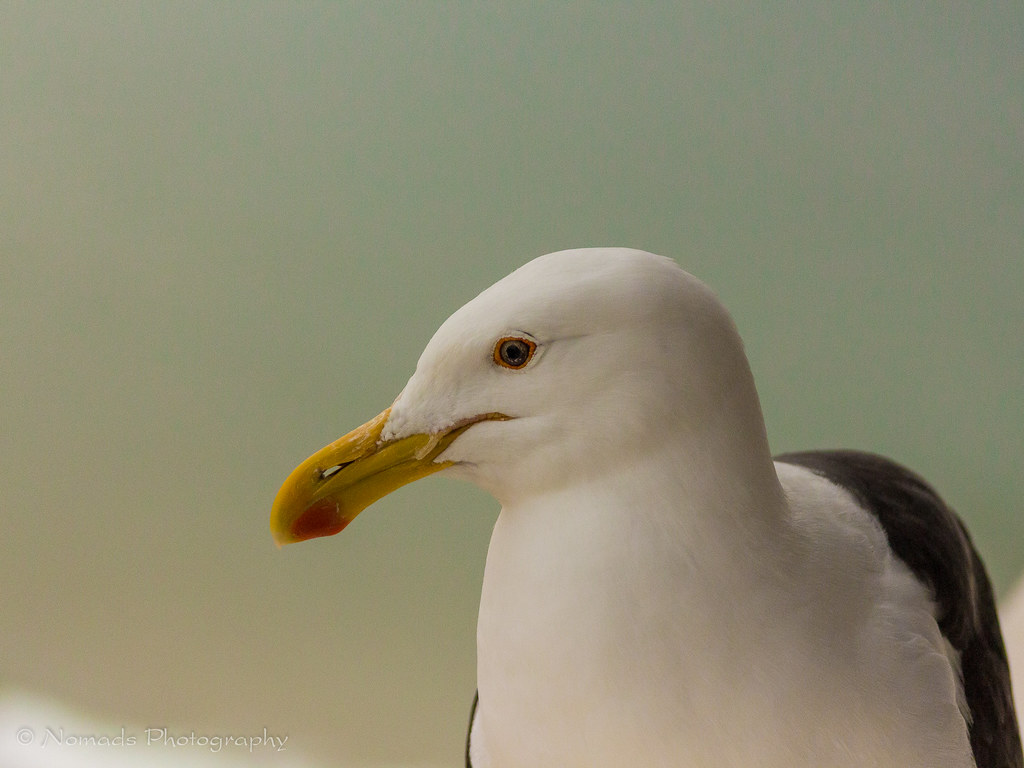 The African fish eagle feeds mainly on fish, which it swoops down upon from a perch in a tree, snatching the prey from the water with its large, clawed talons. The eagle then flies back to its perch to eat its catch. Like other sea eagles, the African fish eagle has structures on its toes called spicules that allow it to grasp fish and other slippery prey. The osprey, a winter visitor to Africa, also has this adaptation. Should the African fish eagle catch prey over ten times their own body weight, it is too heavy to allow the eagle to get lift, so it instead drags the fish across the surface of the water until it reaches the shore. If it catches a fish too heavy to allow the eagle to sustain flight, it will drop into the water and paddle to the nearest shore with its wings. The African fish eagle is known to steal the catch of other bird species (such as goliath herons) in a behaviour known as kleptoparasitism. It also feeds on birds especially waterbirds such as ducks, greater and lesser flamingos, small turtles and terrapins, baby crocodiles, lizards, frogs, and carrion. Occasionally, it may even carry off mammalian prey, such as hyraxes and monkeys. It has also been observed feeding on domestic fowl (chickens).
Info source: https://en.wikipedia.org/wiki/African_fish_eagle
=========
The photo was taken during October 2018 at The Falcon Ridge Bird of Prey Centre, Champagne Valley, Drakensberg, KwaZulu-Natal, South Africa. 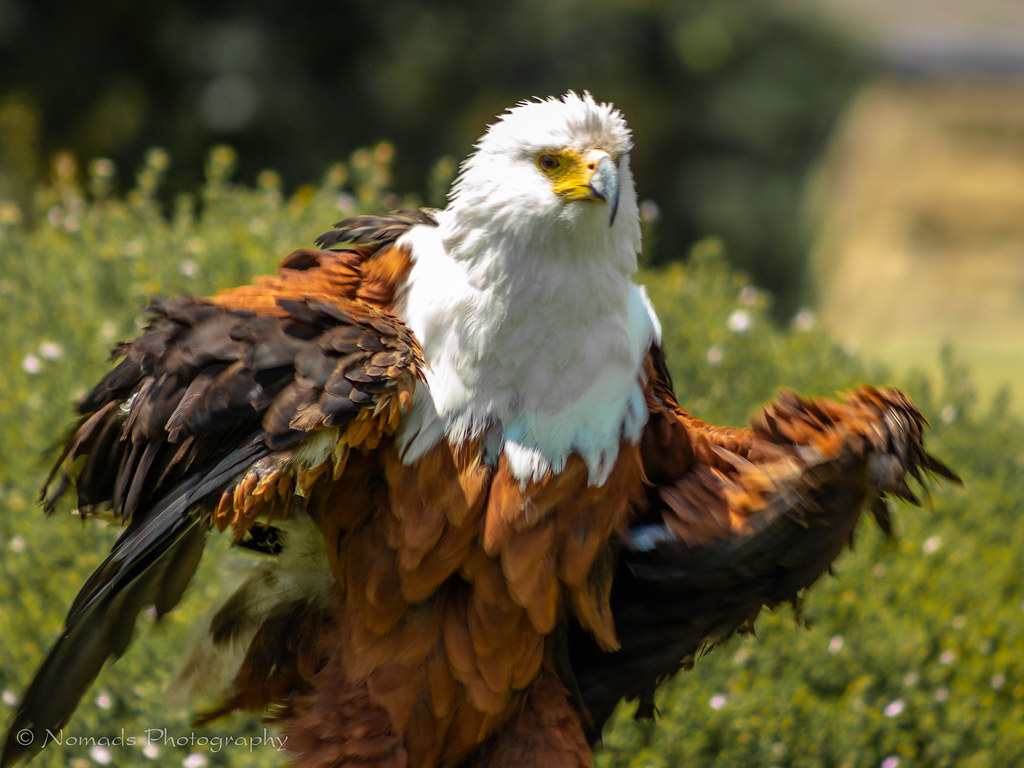