Hippotamus, plural Hippopotami or commonly named Hippos in South Africa are found mainly in protected areas, private game reserves and the Kruger National Park. They also occur outside of these areas especially in rivers in the northwestern, northern, northeastern as well as in the eastern parts (northern KwaZulu-Natal). Hippos need permanent open water like rivers, dams, or pools in rivers where they can submerge, with sandbanks where they can bask in the sun for periods of time. They also need enough grazing grass in the area. Hippos are semi-aquatic and gregarious animals. They gather or form pods of up to 30 animals or more depending on the water level and time of the season. Hippo pods consist mainly of cows and young hippos with a matriarch and a dominant (territorial) bull in control of the territory. Single bulls are also often found. Cows with very young calves often stay on their own for a few months before rejoining the pod. Hippos spend their days resting mainly in the water although in winter and on cool days might be resting on sandbanks and basking in the sun especially in winter months. They feed mainly at night. 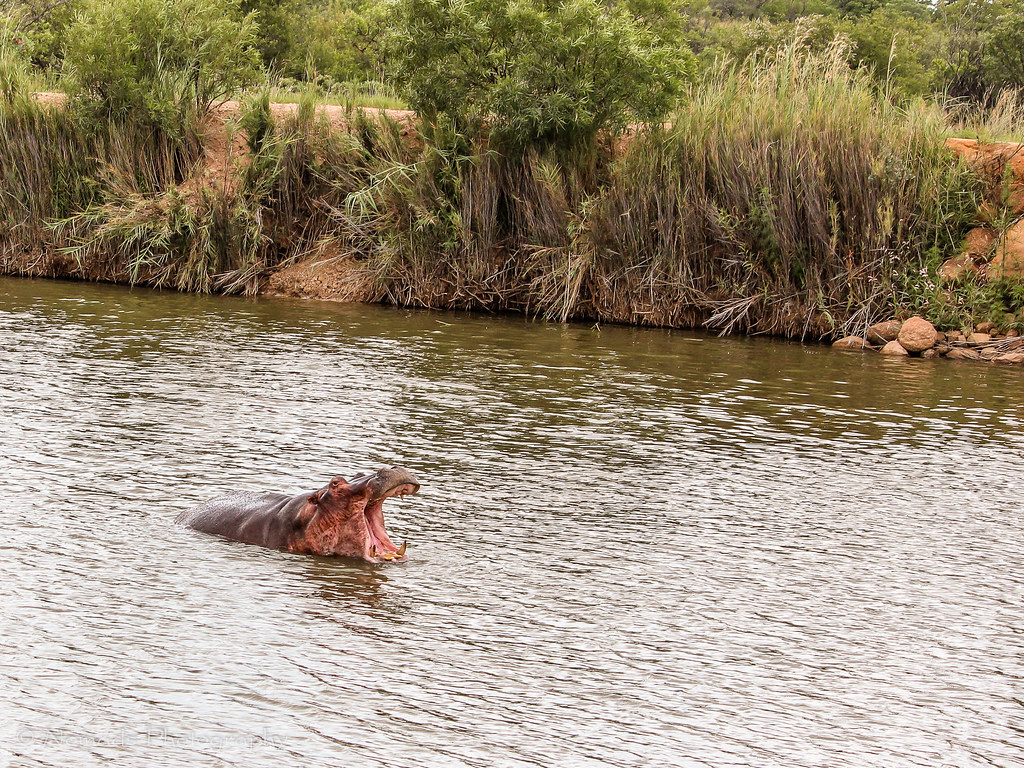