The flehmen response is a behaviour in which an animal curls back its upper lip exposing its front teeth, inhales with the nostrils usually closed, and then often holds this position for several seconds. It may be performed over a site or substance of particular interest to the animal or may be performed with the neck stretched and the head held high in the air. Flehmen is performed by a wide range of mammals, including ungulates and felids. The behaviour facilitates the transfer of pheromones and other scents into the vomeronasal organ located above the roof of the mouth via a duct which exits just behind the front teeth of the animal. The flehmen response often gives the appearance that the animal is looking spiteful, grimacing, smirking or laughing. A wide range of mammals exhibits flehmen including both predatory and non-predatory species. The response is perhaps most easily observed in domestic cats and horses; both exhibit a strong flehmen response to odours. Other animals which exhibit the flehmen response include zebra, elephant, buffalo, tigers, tapirs, lions, giraffes, goats, llamas, kobs, hedgehogs, rhinoceros, giant pandas, and hippopotami.
Info source: https://en.wikipedia.org/wiki/Flehmen_response 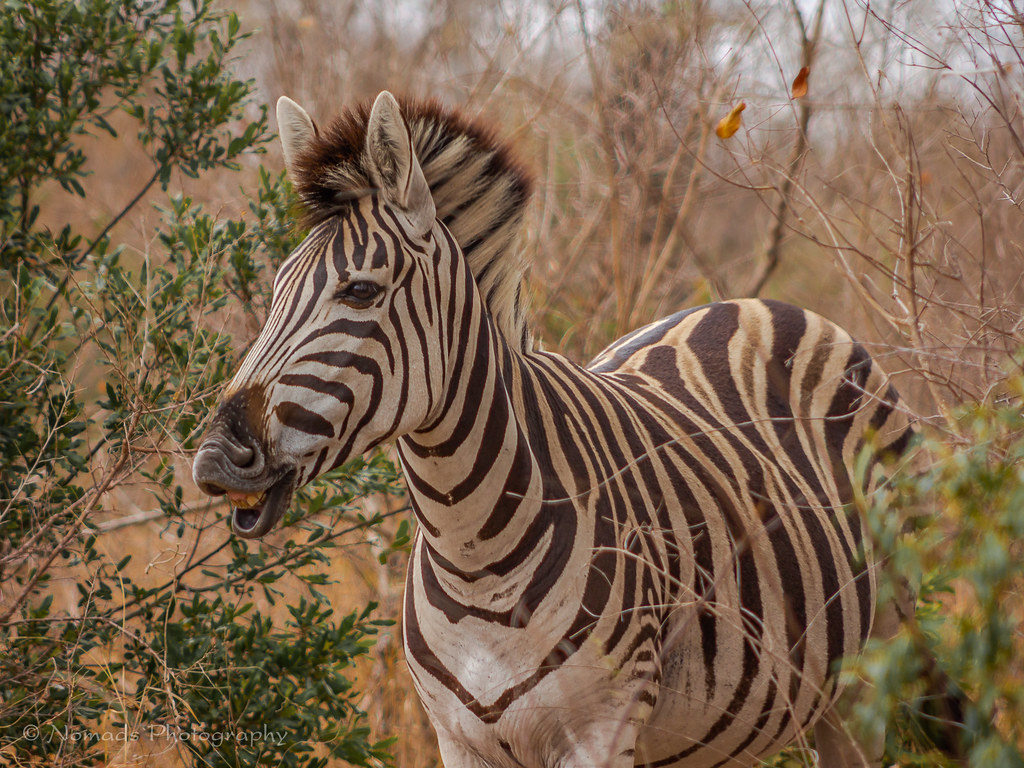