A lion’s paws are very similar to a pet cat’s but much bigger. They have five toes on the front paws and four on the back. Measurements taken from a lion’s paw print can help us guess how old it is and also if it is a male or female. Also like a pet cat, lions have retractable claws. They can grow up to 38 millimetres in length and are very strong and sharp. A fifth toe on the front paw has what is called a dewclaw, which acts like a thumb for holding down prey when eating. The claws are made of keratin, which is the same substance as our fingernails and toenails. They consist of lots of layers, which eventually break off to reveal an even sharper claw underneath. Lions sharpen their claws by scratching trees to keep them extra pointy. 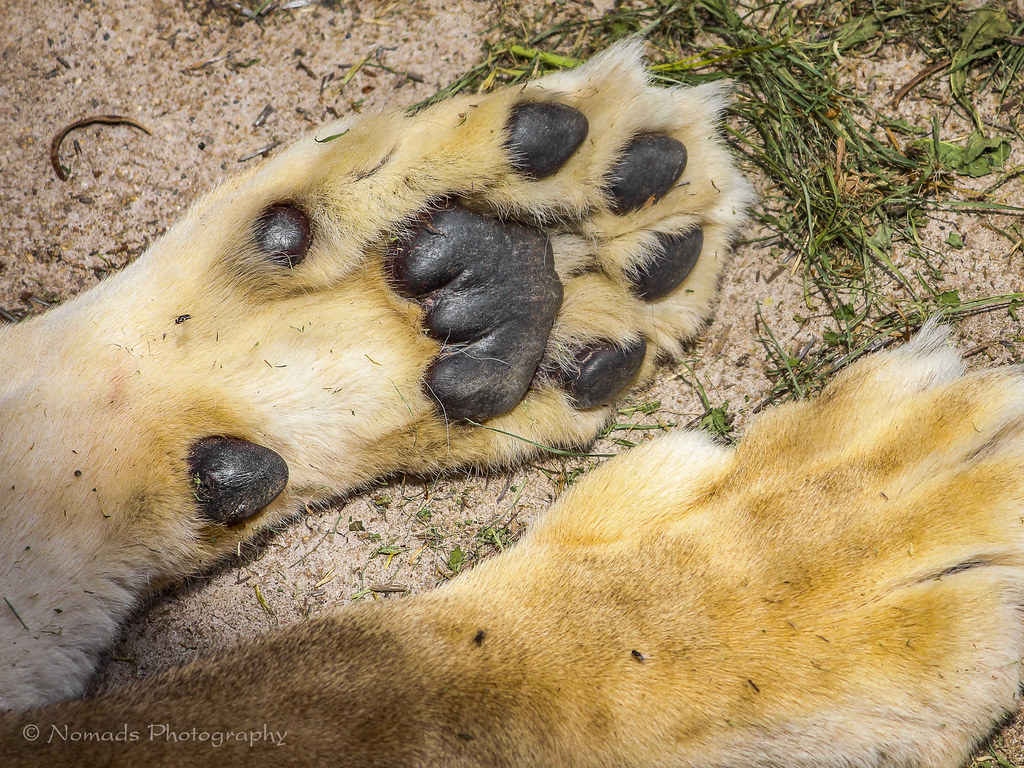