Burchell’s zebra, which is also known as the plains zebra, has black and white stripes all over its body with only a few or fading stripes on the legs. Each zebra has unique stripes that can be used as an identification character to distinguish between individuals – similar to fingerprints in humans. The stripes on the sides run down and join under the belly. Burchell’s zebra can be mistaken for the mountain zebra, but the stripes on the legs (fading stripes in Burchell’s zebra vs. clear stripes on mountain zebra) and belly are distinct (in the mountain zebra, the belly is all white with no stripes).
Info source: https://www.sanbi.org/animal-of-the-week/burchells-zebra/
=========
The photo was taken during January 2015 at Mabula Private Game Reserve, Rooiberg, Bela-Bela, South Africa. 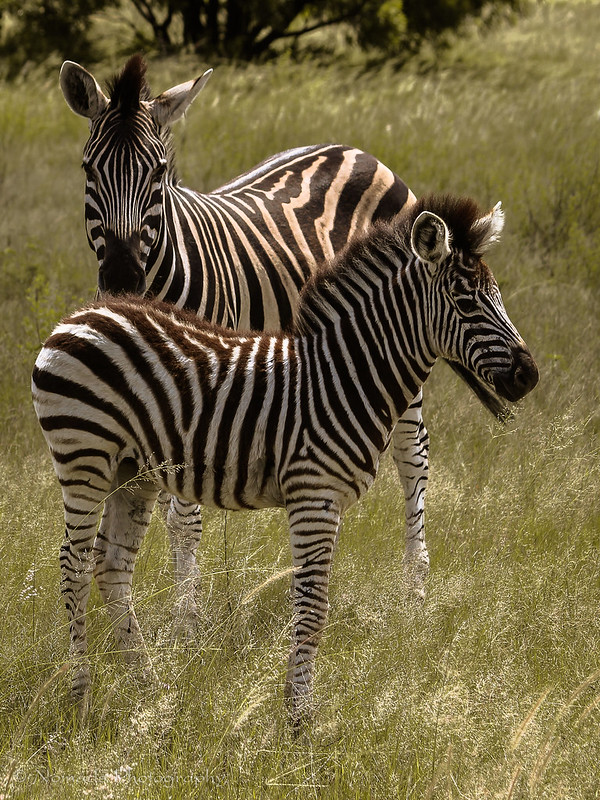 Guardian
The chacma baboon usually lives in social groups, called troops, which are composed of multiple adult males, adult females, and their offspring. Occasionally, however, very small groups form that consist of only a single adult male and several adult females. Chacma troops are characterized by a dominance hierarchy. Female ranking within the troop is inherited through the mother and remains relatively fixed, while the male ranking is often in flux, especially when the dominant male is replaced. Chacmas are unusual among baboons in that neither males nor females form strong relationships with members of the same sex. Instead, the strongest social bonds are often between unrelated adult males and females. Infanticide is also common, compared to other baboon species, as newly dominant males will often attempt to kill young baboons sired by the previously dominant male. Baboon troops possess a complex group behaviour and communicate by means of body attitudes, facial expressions, vocalizations and touch.
Info source: https://en.wikipedia.org/wiki/Chacma_baboon
The photo was taken during February 2019 Mabula Private Game Reserve, Rooiberg, Limpopo, South Africa.
📷 Mariaan Buys 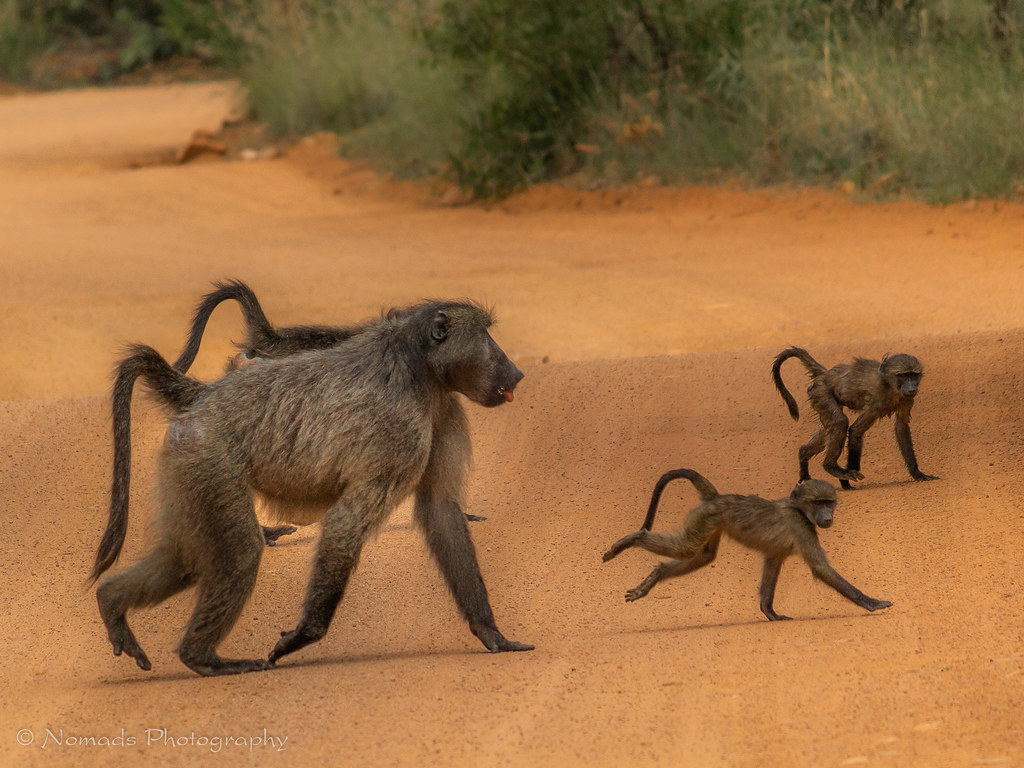 The Impala is a gregarious antelope species encountered in large numbers. Impalas have developed a number of adaptations that allow them to thrive. Grooming and tick removal are high on the list of survival skills. The Impala is the only hoofed animal that does allogrooming – mutual grooming from one animal to another – as well as grooming itself. A herbivorous species, the Impala has adapted to graze and browse, thereby maximising the availability of food. Impala will feed on grasses and herbs, as well as the leaves of bushes and shrubs. The impala makes guttural grunts which are audible for a great distance. An alert impala will bark out an alarm that puts the entire herd to flight – and a fleeing impala is hard to catch. Impalas are very fast runners able to leap distances of up to 10 meters. They use this technique to escape predators and sometimes, it seems, simply to amuse themselves.
=========
The photo was taken during February 2019 at Bushtime at Mabula, Bela-Bela, Limpopo, South Africa.
Info source: https://www.sabisabi.com/wildfacts/impala/ 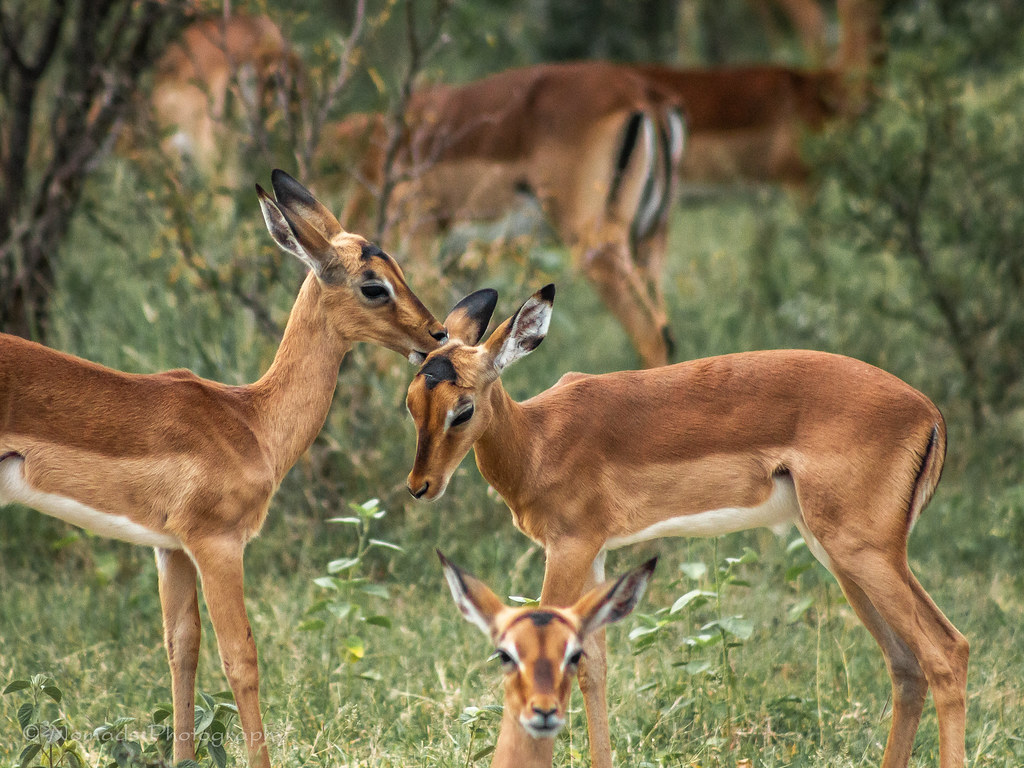