Retracted
High and low tides are caused by the moon. The moon’s gravitational pull generates something called the tidal force. The tidal force causes Earth—and its water—to bulge out on the side closest to the moon and the side farthest from the moon. These bulges of water are high tides.
* One cycle of tides actually takes 24 hours and 50 minutes.
* The highest tides occur when the moon is new or full.
* High tides sometimes occur either before or after the moon is straight overhead.
* Sometimes there are really low tides called neap tides.
* Some places have only one high tide and one low tide in a cycle (24 hours and 50 minutes).
Info source: https://scijinks.gov/tides/
=========
The photo was taken during June 2014 at Cabana Beach Lifestyle Resort, Umhlanga Rocks, KwaZulu-Natal, South Africa. 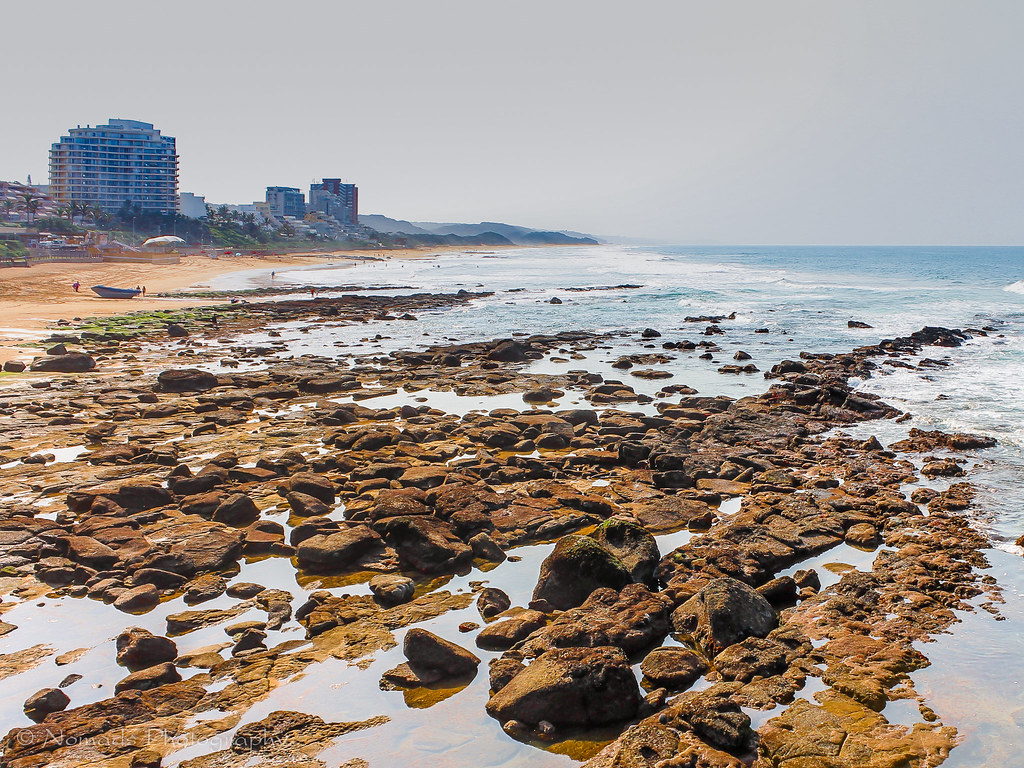