The pygmy hippo is reclusive and nocturnal. It is one of only two extant species in the family Hippopotamidae, the other being its much larger cousin the common hippopotamus (Hippopotamus amphibius). The pygmy hippopotamus displays many terrestrial adaptations, but like its larger cousin, it is semi-aquatic and relies on water to keep its skin moist and its body temperature cool. 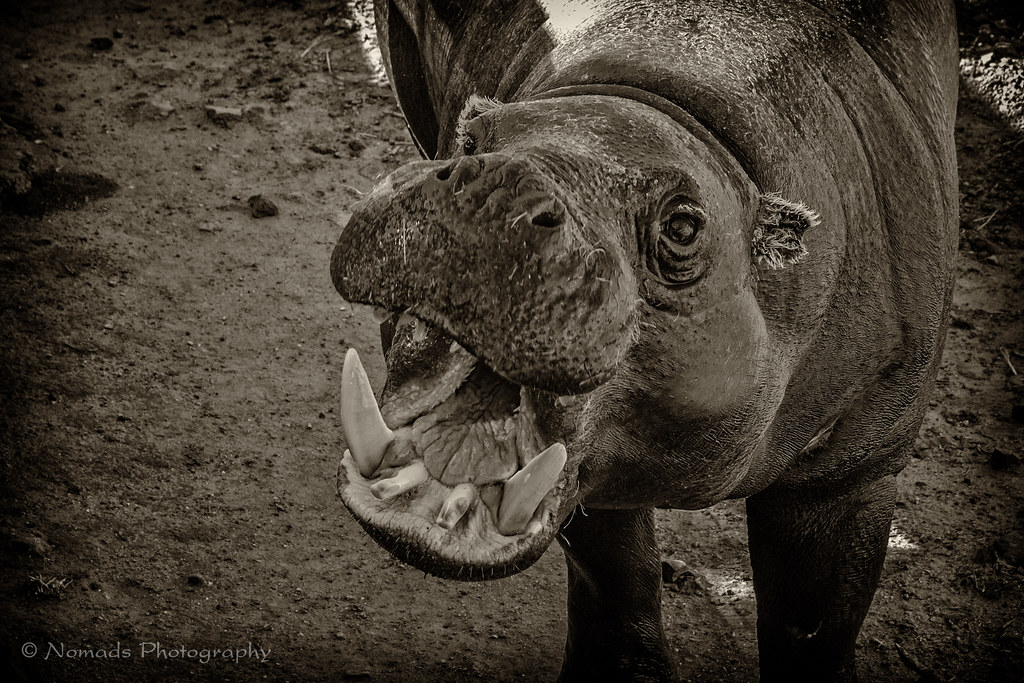