Cautious
A close relative of the Kudu and Nyala, the bushbuck is a rather large antelope which relies on vegetation for cover. Bushbuck can be found in most of sub-Saharan Africa, especially in areas where it can easily be concealed. Bushbuck will live anywhere from sea level to mountain-tops in all types of habitats from rainforest to sub desert terrain. The colour varies depending on geographic location. Eastern and southern bushbuck are yellow in colour with relatively few markings. Northern and western bushbuck are reddish coloured with stripes and spots. Both sexes darken with age.
Info source URL: https://www.sa-venues.com/wildlife/wildlife_bushbuck.php
=========
The photo was taken during September 2017 in Kruger National Park, Mpumalanga, South Africa. 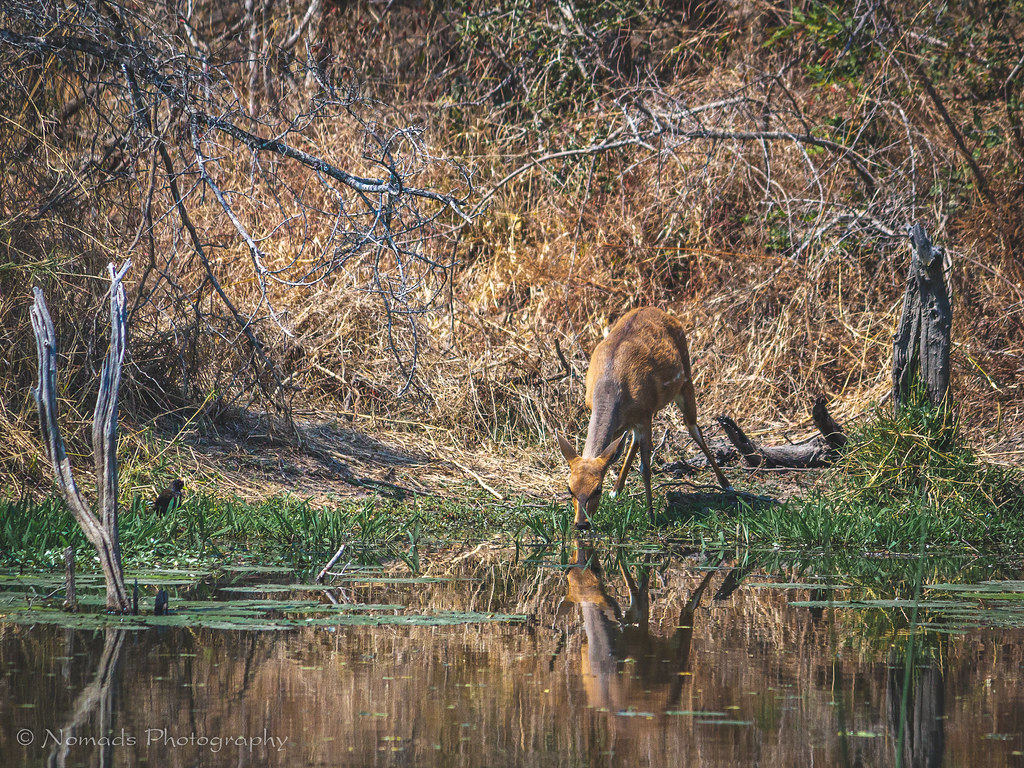 A characteristic feature of the horns of adult male African buffalo (Southern and Eastern populations) is that the bases come very close together, forming a shield referred to as a “boss”. From the base, the horns diverge downwards, then smoothly curve upwards and outwards and in some cases inwards and or backwards. In large bulls, the distance between the ends of the horns can reach upwards of one metre (the record being 64.5 inches 164 cm). The horns form fully when the animal reaches the age of five or six years but the bosses do not become “hard” till 8 to 9 years old. In cows, the horns are, on average, 10–20% smaller, and they do not have a boss.
Info source: https://en.wikipedia.org/wiki/African_buffalo
=========
The photo was taken during July 2017 in Rietvlei Nature Reserve, Pretoria, Gauteng, South Africa. 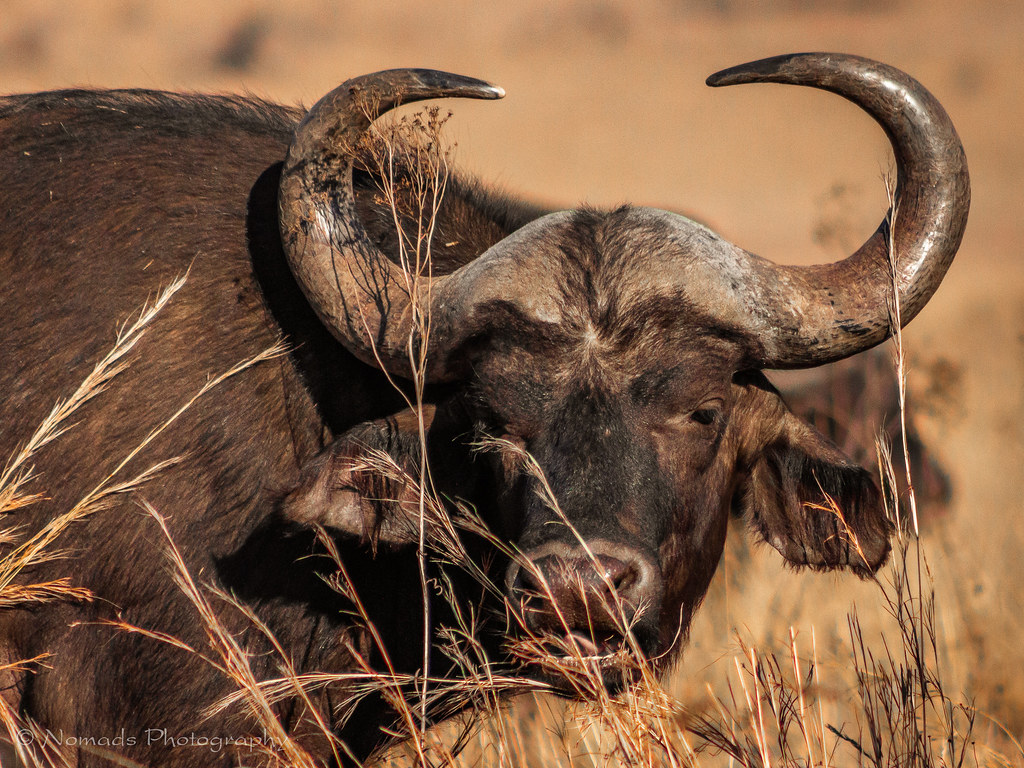 The red hartebeest bull measures about 1.3 m to the shoulders with a weight of 150 kg, whereas cows weigh only 120 kg. The red hartebeest is a big antelope with a sloping back and slim face, reddish-brown in colour. Both cows and bulls have horns with many rings. There are 12 subspecies of hartebeest in Africa, the red hartebeest being the only occurring in South Africa. It is more widely distributed today due to its reintroduction on game farms and in nature reserves. The name ‘hartebeest’ derives from the Dutch word for deer ‘hert’ and ‘beest’ meaning beast. ‘Hartebeest’ was thought to refer to the shape of a heart, but it was named so by early Boers who described the animal to look like a deer.
Info source: http://southafrica.co.za/red-hartebeest.html
=========
The photo was taken during Feb 2018 in Mabula Private Game Reserve, Bela-Bela, Limpopo, South Africa. 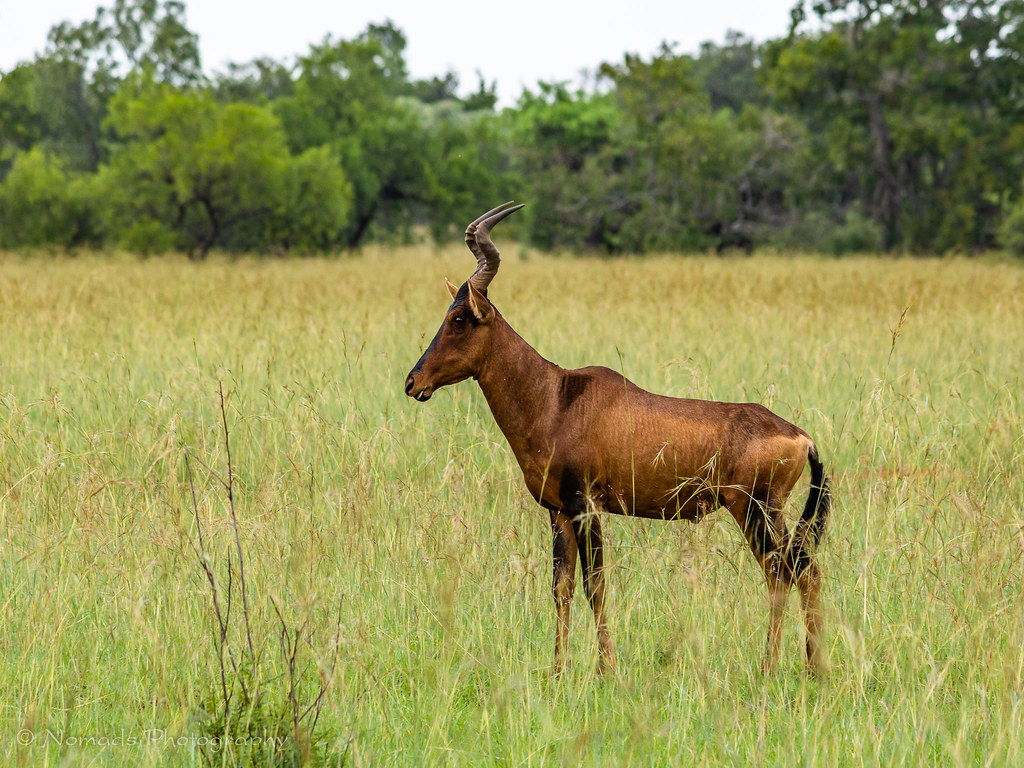