Like normal cheetahs, king cheetahs also have tall and slim bodies. Although they look similar, the king cheetah has a fur pattern mutation (caused by lack of genetic diversity) which results in its large connected black patches – differing from the smaller and more plentiful spots found on the common cheetah. Communicates mainly through high- pitched chirping calls, marking territory through urine or saliva (through cheek rubbing). Female cheetahs are solitary, unless when raising young where mothers usually stay close together, otherwise they only come into contact with other cheetahs when mating. Males will, however, form coalitions (mostly between brothers) of about 2-3 to defend more territory. They are not territorial towards each other but are towards other male coalitions. Cheetahs prefer to live in open grassland and savanna-type regions. This habitat type accommodates their way of hunting, which is running to capture prey. Cheetahs’ claws do not retract and remain exposed. Their claws protract with every step in order to assist with grip. The ridges on the pads allow efficient movement by preventing slipping. They have digitigrade foot posture, where the heel and instep are raised so that only the digits touch the ground.
Info source: https://hesc.co.za/species-hesc/king-cheetah/
=========
The photo was taken during November 2017 at Ann van Dyk Cheetah Centre, De Wildt, Gauteng, South Africa. 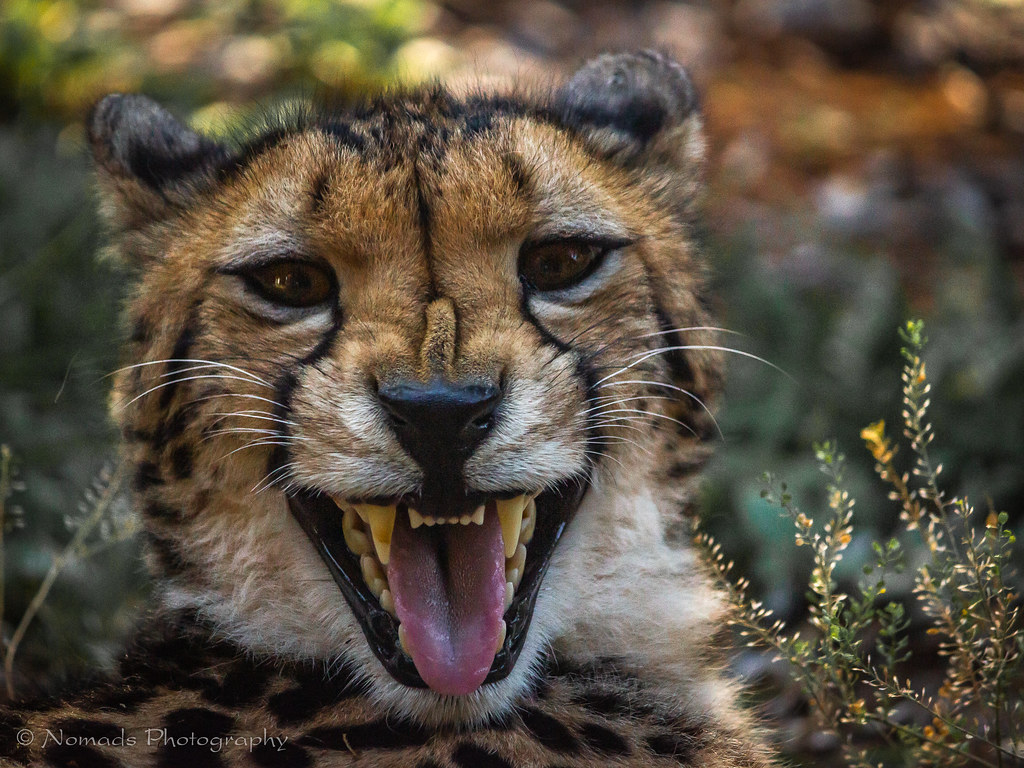